My oldest stepson told me about his plans for this weekend-a midnight showing of a cult classic. It takes me back to my own teenage years…
As a teenager, I held many dreams–from Olympic skier to singer to actress to writer. One of the many jobs my gypsy soul managed to acquire had me serving popcorn and soft drinks (Would you like a large? It’s only $.25 more and you can take it home with you!) at my local movie theater. A fabulous summer job, I took advantage of the free-for-employee movies as I could.
I particularly loved the Saturday night shift. Our cinema stayed open late to host a midnight showing of The Rocky Horror Picture Show. The first time I covered this shift, my eyes popped as I watched one leather-clad cherry kool-aid spiked head enter the theater after another. Some of them, with chains running from nose to ear, from belt loop to back pocket, came in the concession line. Their orders were always as unique as they were. It easily became my favorite shift. 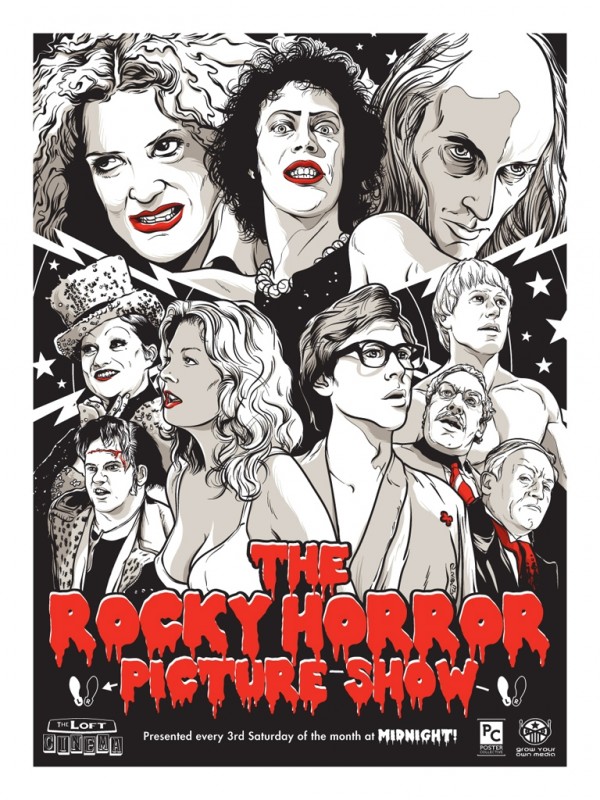 One Saturday night I didn’t have to work. I had built up a rapport with some of the customers that came in for the midnight showing, and received many invitations to join them, despite my very non-punk appearance. This particular evening I did. They escorted me into the theater…
The room is packed. People stand in the aisles, but they are one person in their unity. The volume is loud as they talk over each other. Excitement electrifies the air, and I feel it creeping over me. I’m hoisted to the front of the theater by a guy in a green Army jacket covered in patches, his blue mohawk standing proud.
“We got a first timer!!” He shouts to the mass.
“Virgin! Virgin! Virgin!” They chant as the theater comes alive. Rainbows of silly string shoot into the air as the movie begins. Everyone remains standing. A few take presence on the small stage in front of the screen. The narrator fills the movie screen and the action begins. Every character in the movie has a duplicate mimicking them on the stage. The entire production is played out live before me. The Time Warp takes on new meaning as dancers fill the aisles and join in.
As the movie ended and the stage emptied, sadness replaced my excitement. This night could have gone on forever. Never had I experienced this before, and never would it fill me with the same emotions again.
After all, you can never repeat your first anything, now can you?

Tragedy, True Romance, And Tiffany
MC 2015: Moonlit Illusion
This Writer's Life: Ten Things to be Thankful For
Like this Whisper
Spread the whispers

7 thoughts on “Virgin No More”

Read My Books on Amazon!